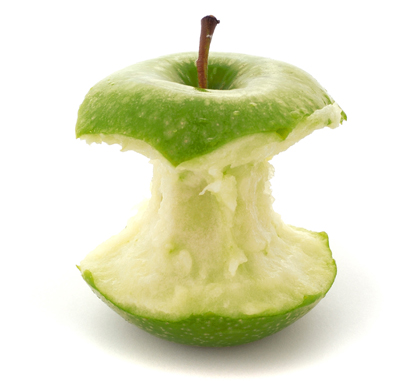 Technology
Things your boss should know about .NET Core
4 October 2017

It’s been a while since the .NET Core framework has been on the market (in fact a 2.0 version has just been released). However, a lot of companies are still resilient to migrate their projects into .NET Core (they ask the question “Does it worth to migrate?”, which is a perfectly valid question). Furthermore, many companies, even when starting a new project, opt to not take advantage of .NET Core and prefer to stick with the good old reliable classic .NET Framework.

The reason for not using .NET Core in project usually lies on decision makers that are afraid of unforeseen delays caused using new technologies. Many companies tend to wait until technologies reach a certain level of maturity before embracing them in their tool belt.

Hopefully, just like in the early versions of the .NET Framework, people will start to migrate as soon as they understand and feel more secure with .NET Core. Let’s try in this article to explain at high-level the changes that .NET Core brings, which may help you to convince people to adopt it sooner rather than later.

Multi-platform (this time it’s for real)

At the time .NET Framework came to life (for those that can remember), Java was in high demand on the market. And just like Java, the idea behind .NET was that anyone could make an implementation of a compiler that could compile files into the .NET intermediate language. In fact, if your memory is good you will even remember that they had an implementation of Java.NET (that did not evolve).

There you have it, you could choose any language (VB, Java, C++, or the newly created language C#) to use .NET. The only necessary thing was to install the .NET Framework into the machine (which later came with Windows Update making life even easier). An implementation of the .NET Framework for Linux was on the go (called Mono Project), however the interest of Microsoft to advance this project was questionable and Linux developers had often to deal with delays or faulty definitions.

With .NET Core, things seem to have started differently. Already available downloads for Mac and Linux were available on the website from the early beginning. This time, it seems that Microsoft is committed to provide the same .NET Core experience seamless of your device. To put in the words of Microsoft (https://docs.microsoft.com/en-us/dotnet/core/): 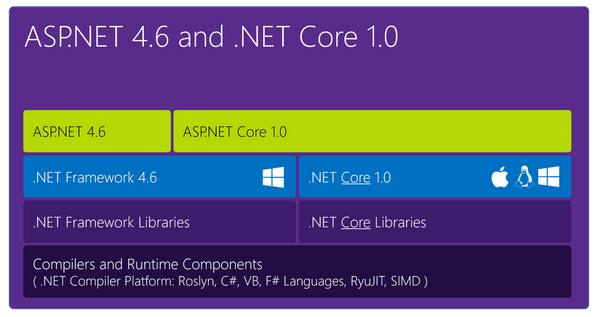 It is important to note that .NET Core provides a subset of the APIs that are available in the .NET Framework. This means that, for some libraries, functionalities are either:

This leaves developers on a difficult position when deciding to migrate to the “Core” version of the libraries.

Certain features will be replaced by other technologies because they were problematic in some way (e.g. insecure, hard to maintain) and those will not be placed into Core. Among them:

.NET remoting – In early versions of the .NET Framework (pre-dating Windows Communication Framework), remote objects were used to communicate between components. They have been succeeded by REST services.

Windows Communication Framework (WCF) services and ASMX – Web services development have been replaced by Web API. While it is still possible to use client features of WCF, .NET Core won’t contain classes for service creation.

In the few past years, Microsoft has embraced an open-source philosophy. Even if your company does not participate in open-source projects, this is a game-changer for developers. It is not rare that developers have a hard time using closed libraries, not understating what the code of the library was doing.

The first step was to expose the complete code of .NET Framework (available at http://referencesource.microsoft.com/). For .NET Core, a public GitHub was created and now anyone can propose change and make pull requests. This allows the community to be much more involved on the upcoming features of the framework (https://github.com/dotnet/core).

In conclusion, there are a few things worth to mention about .NET Core if you explain it to your boss:

At first, .NET Core may seem like the logical choice for new projects (a bit less obvious to use in existing projects that started with the classic .NET Framework). Some questions should come to mind before deciding to choose .NET Core for a project (Are there any features that are not yet implemented? Is it interesting to run into another environment besides Windows?). Hopefully, the aspects presented in this article may help you decide when you are ready to embrace .NET Core in your projects.